Posted on December 4, 2022 by magdalenaball 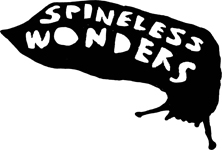 I’m thrilled to be included among the finalists in the 2023 Newcastle Writers Festival/Joanne Burns Microlit Awards.  I’m particularly excited about this award for several reasons, including the fact that this is a local, Hunter based prize, run by two organisations I greatly admire, and because the list of finalists is so very fine. Winners of the National and Hunter categories will be announced early in 2023 and the award ceremony and launch will be held in April at the Newcastle Writers Festival (at which I will be very happily spending the weekend as per usual).

This entry was posted in News and tagged prizes. Bookmark the permalink.