Posted on November 6, 2022 by magdalenaball

Next Saturday the lovely Jenny Blackford and I will be at the Toronto Multipurpose Centre for the Award Ceremony for the Alice Sinclair Writing Competition Award winner announcement.  Jenny and I were once again judges for this competition (this year I judged poetry and Jenny judged short stories), and we will be reading our adjudication reports and meeting the shortlisted writers, all of whom will be featured in the anthology being created.

This is an open session and all are welcome to attend. Saturday, 12 November, from 2:30pm to 4:30pm at Toronto Multipurpose Centre (9 Thorne Street, Toronto). Afternoon tea will be provided. RSVP: alicesinclairprize@gmail.com

Posted in News | Comments Off on Alice Sinclair Announcement

Posted on November 1, 2022 by magdalenaball

This Saturday, November 5th, I’ll be reading poetry at the special live reading event to celebrate the Grieve 10th Anniversary being held at:

The event, which begins at 1:30pm will feature poems and stories from the past 10 years. If you’re in the vicinity, please come join in the celebrations. It’s free but booking is essential: https://www.eventbrite.com.au/e/live-reading-grieve-10th-anniversary-tickets-411706724897?aff=ebdsoporgprofile 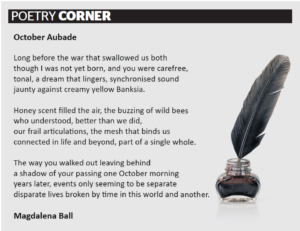 My  poem  “October  Aubade”  was  published in today’s Canberra Times.  I’ve popped a little screenshot of it up here from the newspaper.  Big thanks to wonderful editor PS Cottier.

Posted on September 29, 2022 by magdalenaball

The 2022 Maitland IF program has just been released and I’m participating in a few exciting events.   The festival runs from October 21st to 30th and features a wide range of literary and artistic events with workshops, family events, readings, panels and lots more.  Most of my sessions are on Saturday the 22nd of October, and include hosting a Flying Island multi-book launch from 10-11am and a brilliant panel called Wild Women of Poetry with some of my favourite poets (and friends) Anne Casey, Jennifer Compton, and Ali Whitelock, hosted by the incomparable Gillian Swain.  The full festival program is available here: https://ifmaitland.org/wp-content/uploads/2022/09/IF-2022-Final-Program-Printable-3.pdf

That Poetry Thing that is on at Smith’s Every Monday 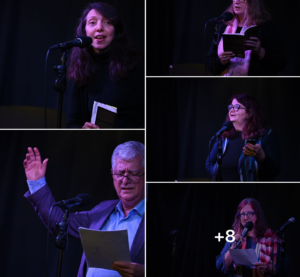 It was a long drive from Newcastle to Canberra and back again the next morning, but worth every mile to be able to perform with this great bunch of talented poets at the iconic Smith’s Alternative  including my co-feature Daniel Ionita, and an open mic featuring the who’s who of Canberra’s thriving poetry scene like Lizz Murphy, PS Cottier (current poetry editor of the Canberra Times), Jacqui Malins, Martin Dolan, Gemma Nethercote Way, Andrew Moss, and Philip Norton to name just a few all beautifully managed by sparkling MC Sarah St Vincent Welch. What an honour.

Posted on August 6, 2022 by magdalenaball 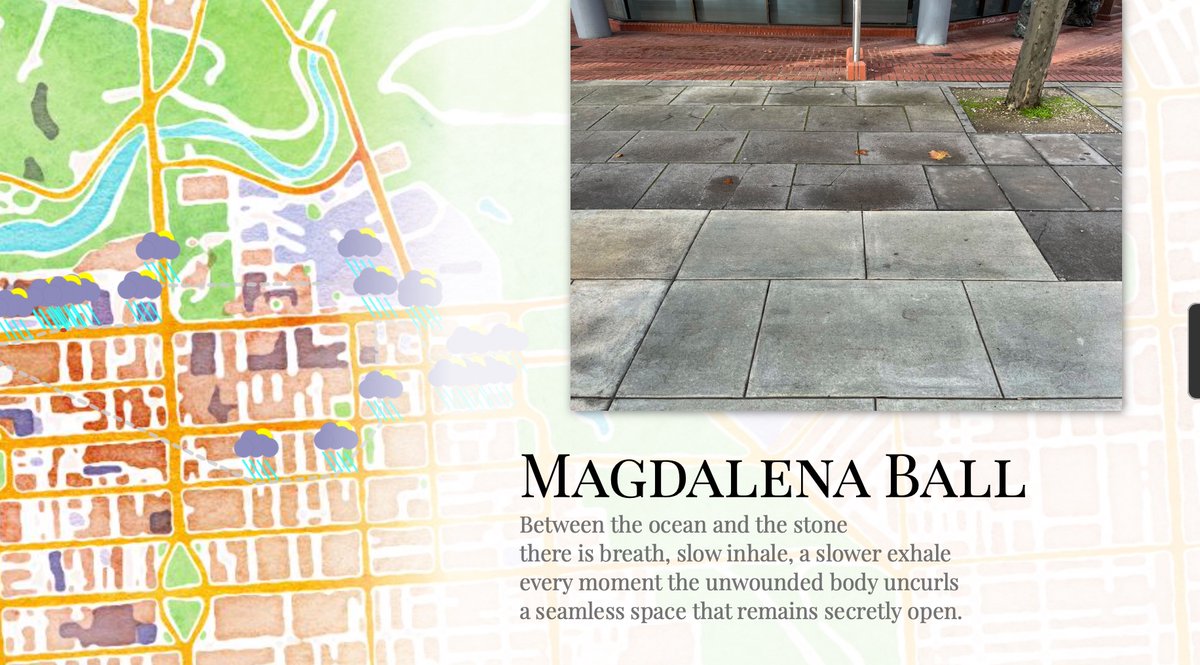 So excited to be included for the second time in Raining Poetry in Adelaide. The way it works is that poem are temporarily stencilled onto the pavement and become fully visible when it rains. The full poetry map is here: https://tinyurl.com/RPIA2022

Posted in News | Comments Off on Raining Poetry in Adelaide

Posted on August 3, 2022 by magdalenaball I was invited to submit a poem to this stunning exhibition at Lighthouse Arts to celebrate the migration of whales along the east coast of Australia.  My poem, titled “Migaloo” (after the beautiful and well-known Albino humpback) will be printed either A1 or A2, framed and exhibited beside stunning artworks about whales. There will be photographs, print works, paintings and other media on display including artworks by Aboriginal artists Emily Lloyd, Siarn Staley, Saretta Fielding, Wanda Matthews and her sister Charmon accompanying the Awabakal whale story provided by Bronwyn and Shane Frost. The exhibition opens Saturday 6th August and will run until Sunday 18th September, with the Exhibition Space open on Saturdays and Sundays between 10am and 4pm.  You might even catch sight of a migrating whale!

Posted in News | Comments Off on Whale Tales! 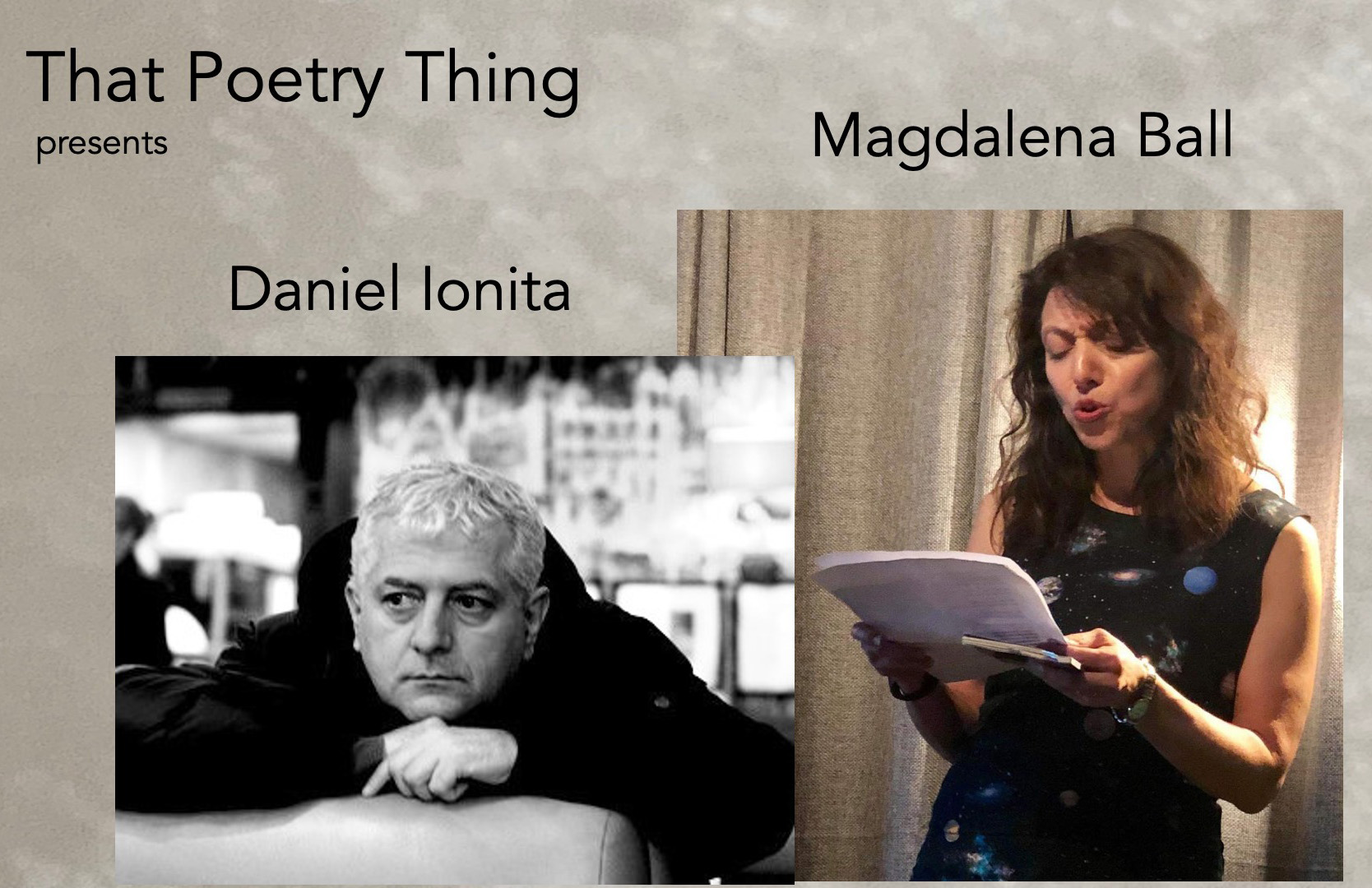 Very excited to be reading with Daniel Ionita at That Poetry Thing, Monday 29th August 7pm at Smith’s Alternative. This will be my first gig on Ngunnawal Country, in Canberra. There will be an open mic, so please come join us. Tickets can be obtained here: https://www.smithsalternative.com/events/that-poetry-thing-77280?fbclid=IwAR2nyd9Tf2t6G-HUz-JWbM8lxWPC8YbAYfSIl11oJ8uqXR9hDFv8FYPHNmE

Posted in News | Comments Off on That Poetry Thing 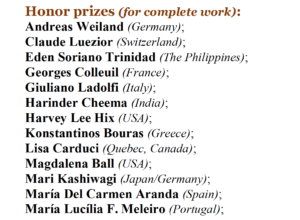 The Density of Compact Bone has been awarded an Honor Prize in the international Naji Naaman Literary Prizes 2022. These prizes have been running annually since 2002, and are awarded every year to authors of literary works of all genres, aiming to revive and develop human values.

This year’s prize had 3,322 participants, from eighty two countries, writing in several languages and dialects (with new entries of Hausa, Igbo, Quechua and Sambalic). 68 winners were chosen in all, and for complete works (the Honor prize or Prix d’honneur), 20 winners were selected.  Winners are granted the honorary title of life member of Maison Naaman pour la Culture. 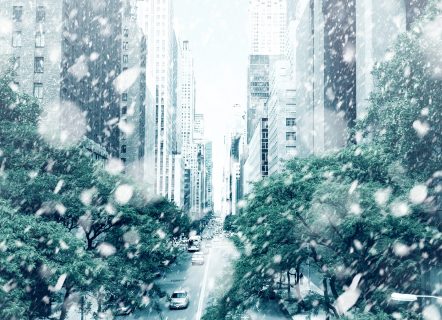 A new poem of mine, “Philology”, has just been published in Backstory – issue 13.  The poem was written about my great-grandmother Rebecca Samberg, who is the subject of my forthcoming book provisionally titled Bobish (due for publication by Puncher & Wattmann in late 2022). You can read the whole issue here: http://www.backstoryjournal.com.au/category/issues/issue-thirteen/

Posted in News | Comments Off on “Philology” at Backstory 13